It’s the story of an extraordinary little girl who, armed with a vivid imagination and a sharp mind, dares to take a stand and change her own destiny.

GWB Entertainment along with GMG Productions & Virtus Live are delighted to announce that the international tour of the multi-award-winning show MATILDA THE MUSICAL is finally in Manila. It opened yesterday, March 5th, and will run until March 22nd at The Theatre at Solaire. To get your tickets, click here.

Audrey and I will be at Matilda The Musical’s Gala this evening and I’ll be sure to tell you all about it over the weekend.
Edit: You can read all about our experience here.) 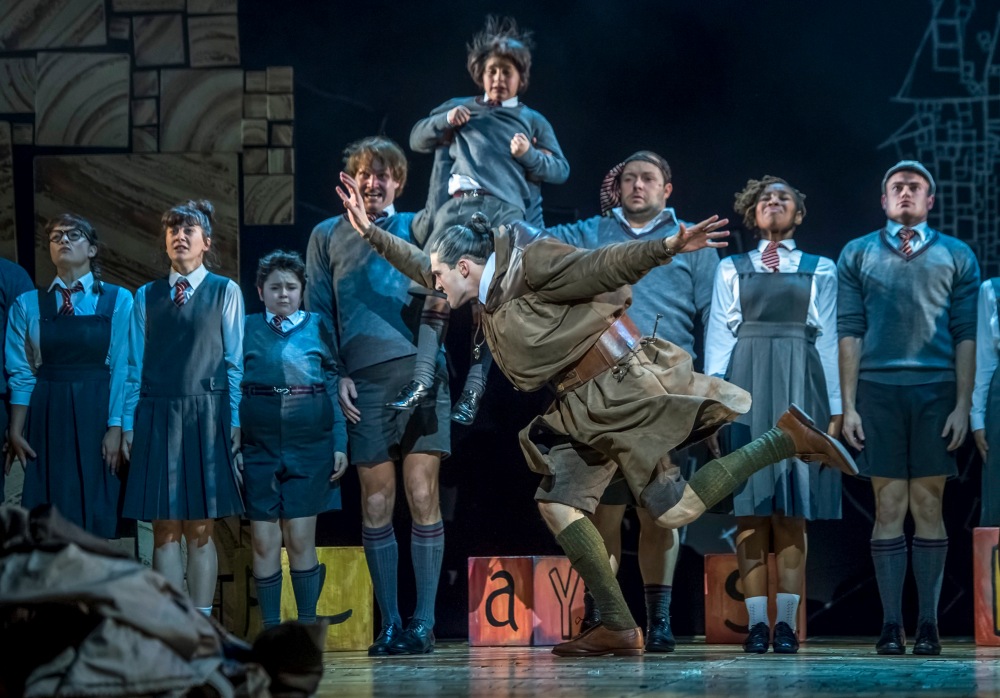 About Matilda The Musical

The stage adaptation of the much loved Roald Dahl classic was originally produced for the stage by the Royal Shakespeare Company. With book by Dennis Kelly and original songs by Tim Minchin, Matilda The Musical has won over 85 international awards, including 16 for Best Musical. Matilda The Musical is now in its seventh year in London where it continues to delight audiences of all ages.

MATILDA THE MUSICAL was commissioned by the RSC in 2010, and is the recipient of a record-breaking seven 2012 Olivier Awards including Best Musical and a joint Best Actress Award for the four girls who shared the title role.  Based on the beloved story by the Roald Dahl (Charlie and the Chocolate Factory, Fantastic Mr. Fox), MATILDA THE MUSICAL is directed by Tony Award® winner Matthew Warchus, who helms this exhilarating and ingenious production with book by playwright Dennis Kelly and music and lyrics by Australian comedian, musician and composer Tim Minchin.

MATILDA THE MUSICAL premiered at the RSC’s home in Stratford-upon-Avon, playing to sold-out audiences from November 2010 to January 2011.  Capturing the imagination of young and old alike, the RSC transferred the production to London’s West End in October 2011 where the show continues to play to sold-out houses at the Cambridge Theatre.  Roald Dahl’s magical story about a girl with extraordinary powers has been a favorite novel of millions of people across the world since it was published in 1988.

For detailed background information on the show and the characters please visit:

Over the past 30 years, Carlos Candal has been a steady co-producer and investor in numerous theatrical shows including The Bodyguard, Sunset Boulevard, On Your Feet, Annie, Flashdance, American Idiot, Gypsy, Buddy the Buddy Holly Story and Rock of Ages to name a few. Carlos Candal is also the founder of Global Marketing Group, a multinational business focused exclusively on the development and manufacturing of theatrical merchandise for shows around the world.

GWB Entertainment has operations in the United Kingdom and Australia. Recently in Australia, GWB has produced the Headlong / Nottingham Playhouse and Almeida production of George Orwell’s 1984 and The Rocky Horror Show. Other credits include Ghost The Musical, Broadway star Kristin Chenoweth at the Sydney Opera House, Britney Spears The Cabaret at The Other Palace, London, The Lincoln Centre’s production of The King and I at The London Palladium starring Kelli O’Hara and Ken Watanabe and Equus at Trafalgar Studios. In Asia GWB has toured Disney’s High School Musical, West Side Story, Ghost The Musical, Avenue Q and Jesus Christ Superstar. GWB provides General Management for numerous first class tours including Andrew Lloyd Webber’s Cats and The Phantom Of The Opera. In 2018 GWB opened two major musicals, Matilda The Musical International Tour starting in South Africa and the Australian premiere of Andrew Lloyd Webber’s School of Rock in Melbourne. Matilda and School of Rock continue to tour around the world. gwbentertainment.com @gwbenter

VIRTUS Live is a joint venture between three industry leaders in the Asia Pacific region S&Co,- one of Korea’s leading theatrical production companies, KHAM Inc –  the largest provider of live entertainment and ticketing services in Taiwan and GWB Entertainment.